Early this spring, while sitting on my porch, I noticed a little squirrel, not quite like the others. In my backyard these little rascals are quite abundant, so one squirrel is just pretty much like another in looks and personality. But this one, when I noticed the difference, captured my attention, and soon my admiration, and now I never see him or think of him without being reminded of this beloved childhood book:

As the title of the post indicates, this little squirrel is indeed without a tail! From certain angles his little tail-less rump is quite hysterical. One of my sons noted that he looks like a miniature ape from behind, and in fact he does! 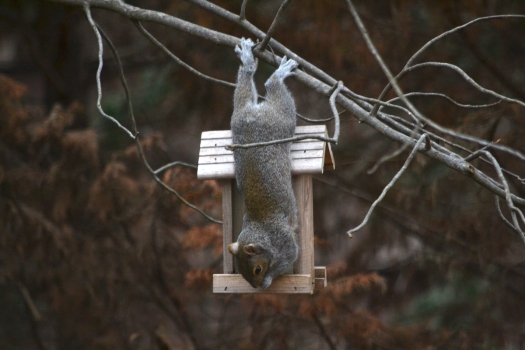 I don’t have a picture with the ape-rump angle, but I’m happy to have any pictures at all, because this tail-less wonder can really scoot!  His lack of tail slows him down not one bit, in fact, I think it has made him all that much faster than his little peers. 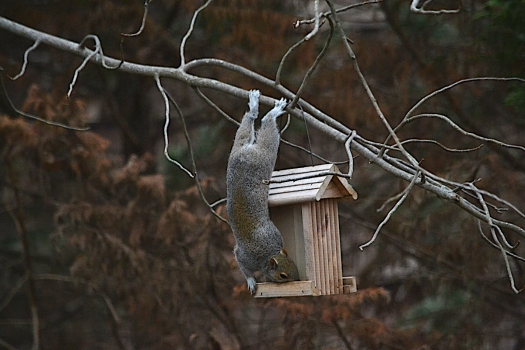 We kept an eye out for him all summer and were treated with glimpses from time to time, but still we wondered how he would make out in the long run. Well, he has apparently made out just fine, as these pictures were taken only today, fourteen days into our new decade, and I’m delighted to see he is still going strong!

On one occasion this fall, I noticed a squirrel jump from my bench to a nearby tree and was amazed at the speed of his leap.  On further inspection, I was surprised to see my little tail-less friend, which I have affectionately dubbed The Tail-less Wonder.

I really should not have been surprised at all.  This little squirrel is obviously not letting a little thing like a missing tail slow him down a bit. In fact, he seems to exhibit quite the air of determination and spunk with an “I can do it” attitude… and indeed, he can! 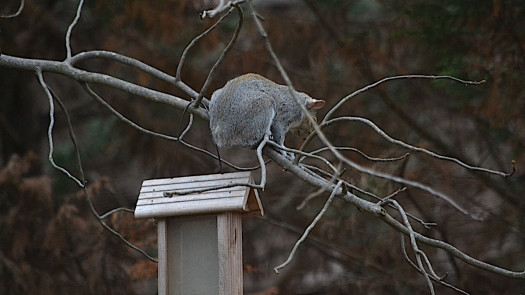 Until next time, just go for it, 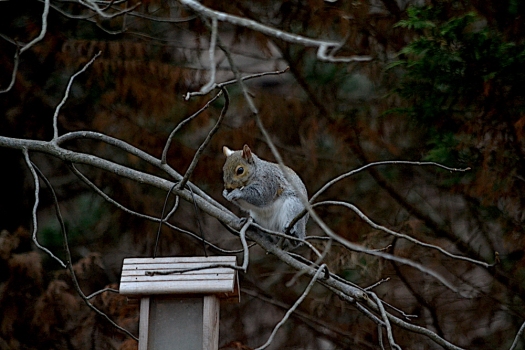 you’ll never know unless you try!

23 Replies to “The Tail-less Squirrel That Could!”